Anguish & Salvation Project in Brussels, Thanks to CPF

The project “Anguish and Salvation. The memory of Jewish communities – a guarantee against hatred in society”, realized by European Spaces 21 Association was presented in front of official institutions in Brussels, Belgium. This became possible, due to EU Spaces 21 membership of the network Citizen Participation Forum (CPF) / Форум Гражданско Участие (ФГУ).

A delegation of CPF members, including EU Spaces 21 president Tsveta Nenova, visited Brussels at the end of July, in the frame of the CPF project “The network in action”.  The very intensive programme included an information visit to the European Commission and working meetings at European Association for the Education of Adults (EAEA) and European Citizen Action Service (ECAS).

During the EAEA meeting our project Anguish & Salvation was invited to be presented on EAEA web blog, because of its contribution to the process of heritage digitalization and local memories collection and sharing. We expect to share our activities with wider audience. 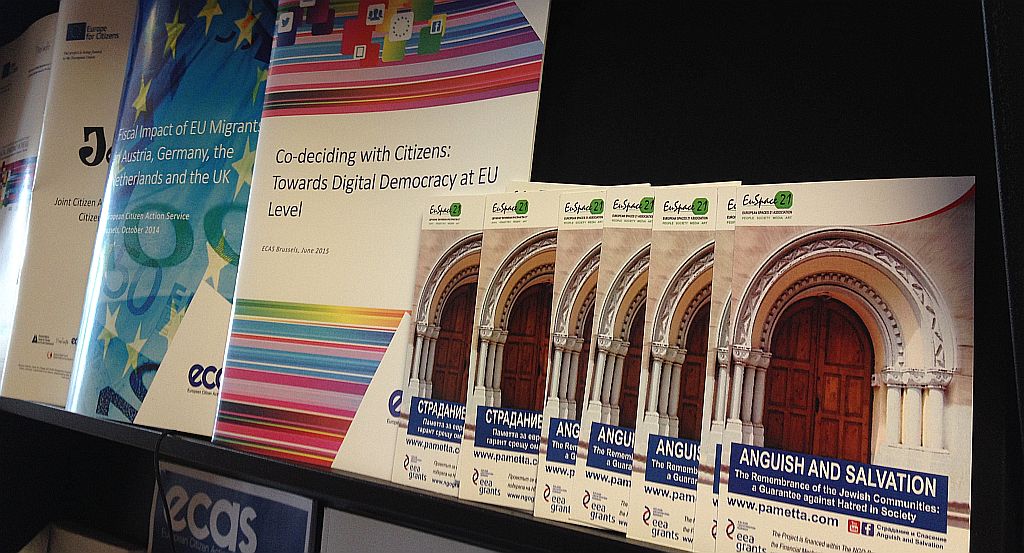 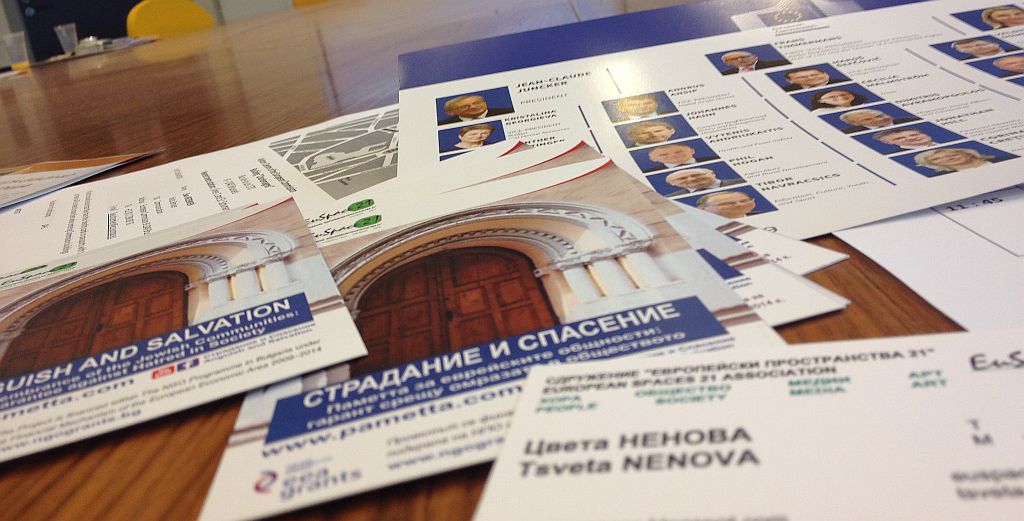 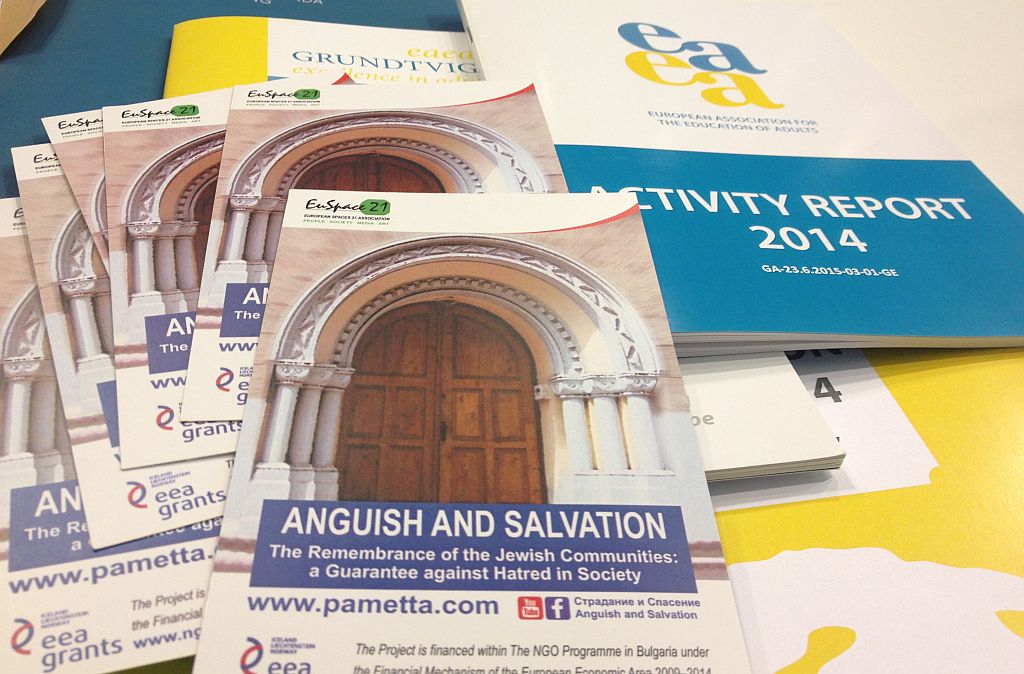 The memory of the Jewish communities already collected and shared online, attracted the interest in ECAS. We invited ECAS director, Mrs. Assya Kavrakova, to visit us in Rousse during the forthcoming media festival The Bulgarian Europe / Българската Европа in November 2015.