The book Anguish and Salvation to be presented in Sofia

To taste the Jewish Culture in Shumen

Shumen, December 2, 2015 Jewish ritual bread Mazza, and treats of the festive cuisine of Armenians, Bulgarians and Turks tasted the guests at the opening of the mobile exhibition “Anguish and Salvation. The memory of the Jewish communities in Rousse, Shumen and Varna” in the History Museum of Shumen. 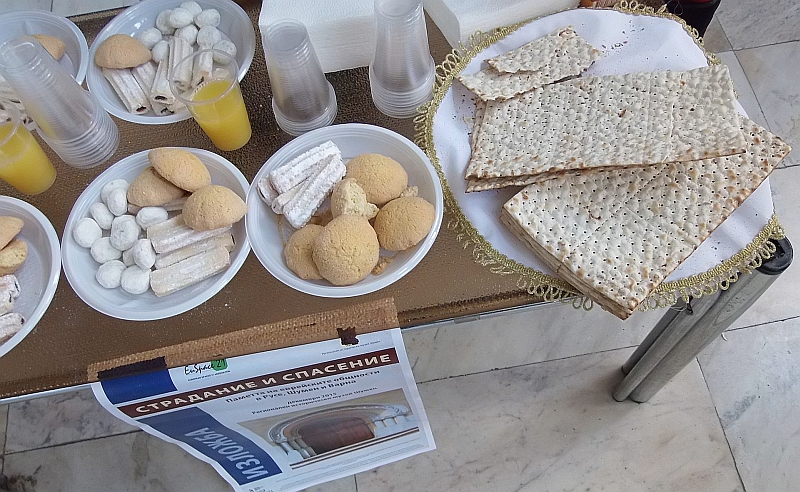 More than 60 visitors – representatives of the community, local authorities, museum experts, teachers and the media came to the opening of the exhibition. At a press conference before journalists were excited about the different stages in the migration of Bulgarian Jewish communities. The largest migrant wave to new created state of Israel is about 1947-48, said Mrs Beta Haralanova from the Museum of Shumen. In the town remained no more than thirty representatives of the community. Bulgaria suffers from the mass migration of the Jewish communities like from each one migration of young, talented and educated people, said Prof. Nikolay Nenov, PhD, director of the Museum of Rousse, curator of the exhibition and author of the methodology for the field ethnological research under the project whose product is the mobile exhibition. We are glad to host the exhibition because it preserves the memory of local communities, said the director of the Museum Shumen Mr Daniel Rumenov. 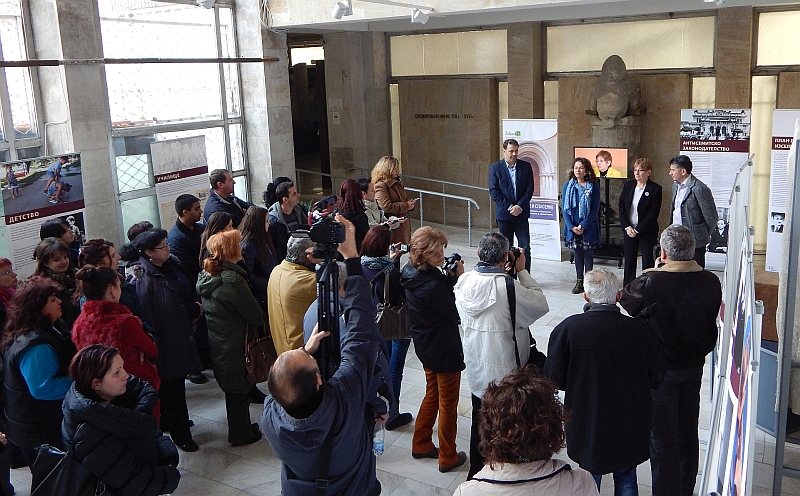 The exhibition of the Association “European Spaces 21” tells the story of Jewish communities in North Eastern Bulgaria. It consists of 22 posters with texts and images. It includes excerpts from video interviews with 30 representatives of Jewish communities. Audio soundscapes illustrations add sense to the ambient.

The exhibition results of field ethnological study in Rousse, Shumen and Varna. Regional historical museums of the three cities are hosting the exhibition and actively co-operate the project, said the chairperson of EU Spaces 21 Association, Mrs Tsveta Nenova. 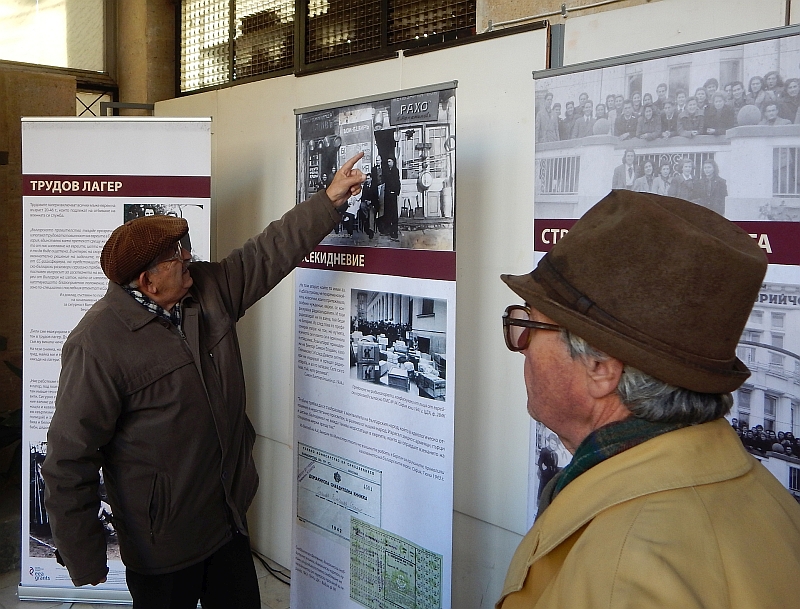 Left: Niko Mayer, one of the heroes in Shumen, tells about the family store “Rahoy” from the beginning of the 20th century in Sofia.

The “Anguish and Salvation. The memory of Jewish communities – guarantee against hatred in society” project is funded under the program to support NGOs in Bulgaria under the Financial Mechanism of the European Economic Area 2009 – 2014. The aim of the project is to contribute to reducing racism, xenophobia and speech hatred by preserving local cultural memory and involvement of young people.

While visiting the exhibition in Shumen, museum educators will conduct a series of educational sessions with students. They will receive as a gift activity book with a CD – a product for educational discussion module. By the end of the year is expected to come out from print an oral stories collection. The exhibition will remain in Shumen until the beginning of January 2016.